This week we are featuring two current Lowell Basketball players, Riley Conlan and Mitch O’Gorman! Both of these student-athletes have done a great job in the classroom and in athletics over the past four years at LHS. 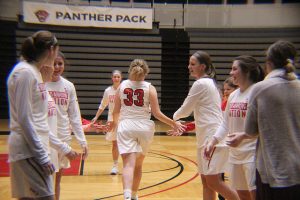 Riley is one of our multi-sport athletes here at LHS! She will have played both soccer and basketball all four years of her high school career once she graduates. Riley has made the varsity basketball team three straight years, and for soccer this will be her fourth season on varsity.

Her favorite sports memory was when the girls basketball team beat Rockford in the district finals during the 2016-2017 season, mostly because they were extremely competitive.

Riley told us that out of the sports she plays, basketball is her favorite. She says her favorite athlete is former U of M standout and current New York Knick Tim Hardaway Jr. 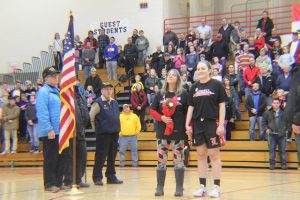 Some achievements Riley has earned over her four years include winning the conference championship with the rest of her team last year for basketball and receiving all-conference honors for soccer. She also has been on honor roll all four years of high school. In addition she is a talented photographer for our LHS Yearbook team!

Her favorite non-sports memory at LHS is being best friends with both Cassie Dean and Darby Dean throughout all four years. After graduation, Riley would like to attend GVSU and wants to be a physician assistant in the future. 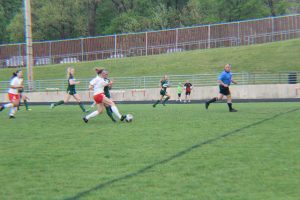 Above – Riley clearing the ball during a soccer game against FHC. 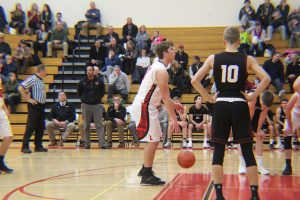 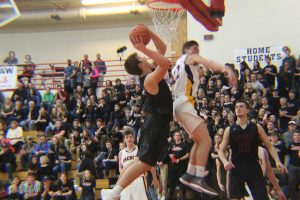 Off the field and court, Mitch has earned his way onto the honor roll all four years and is a part of our National Honors Society. After his graduates from LHS, Mitch looks forward his next step in life, he has not decided what that will be as of yet.

Below – #77 Mitch O’Gorman and teammates ready to head back on to the field. 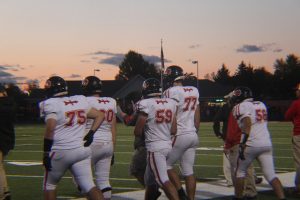 We wish the two of you best of luck out there in pursuing your dreams! We hope your days at LHS will become memories you can look back on for the rest of your life.