For this week’s senior student-athletes of the week, we found an individual from football, and an individual who is part of the huge success of the swim & dive team. These two would be Andrew LeFebre, and Erin Smithee! 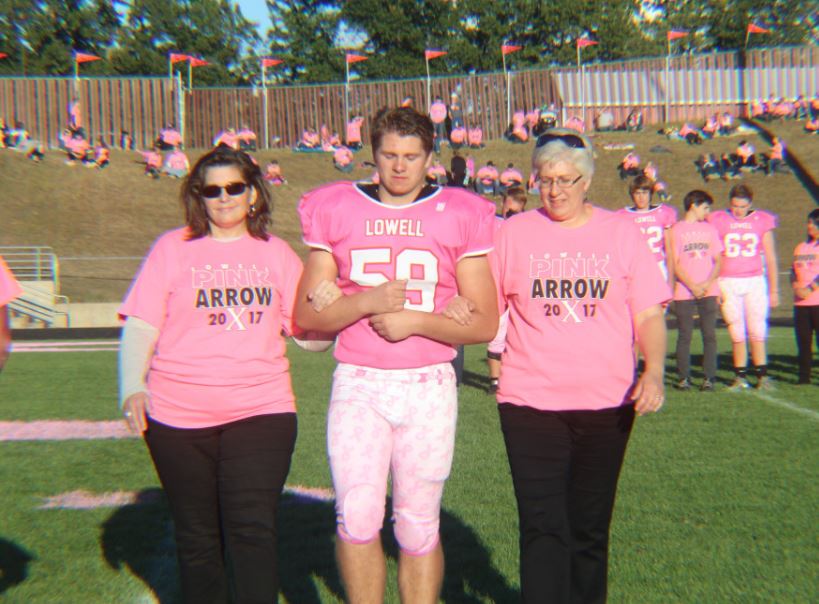 First up is Andrew LeFebre! Andrew has played football for his entire career at Lowell High School.

Being the only sport he has played at LHS, football is his favorite sport.

His favorite sports memory while playing as a Red Arrow was when the football team came back from 23 points down to beat Forest Hills Central on homecoming.

When it comes to his favorite athlete, Andrew admitted that it’s Aaron Rodgers, the well-known quarterback who plays in the NFL for the Green Bay Packers.

Off the field, Andrew has been able to make the honor roll for all three years so far, and working on his fourth and final year.

Below – #59 Andrew LeFebre with teammates during a game vs. Ottawa Hills 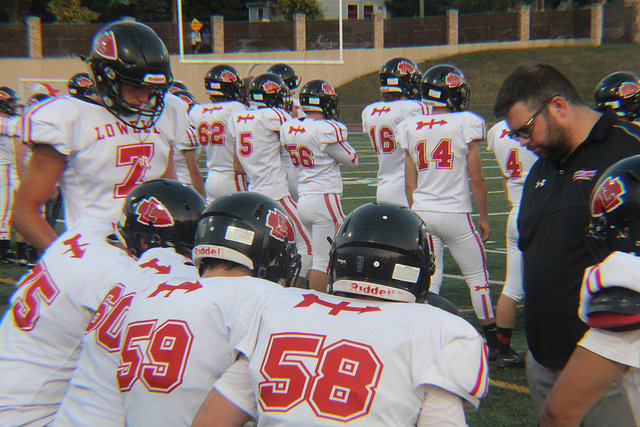 When it comes to life after high school, Andrew is currently undecided on what to major in, and football is still a question mark. Two colleges that have caught his eye so far are Ferris State and Colorado State.

Finally, when asked what his favorite non-sports memory at LHS was, Andrew said that it was those early morning basketball games with his teammates at the high school, right after lifting was over with. 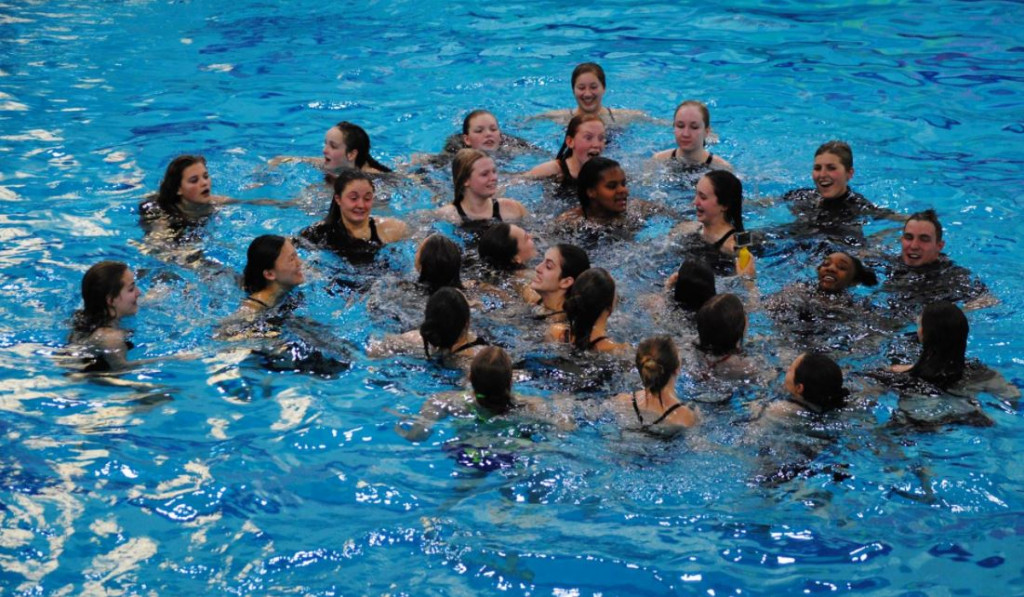 Above – Erin Smithee and teammates (PC: Caledonia Aquatics on Facebook)

Our featured female student-athlete of the week is Erin Smithee!

Erin has only played one sport in her high school career, and that is swim & dive. She joined the team in their inaugural year, which was last year when she was a junior. Erin has continued to swim for CLS during her senior year as well.

Her favorite sports memory, or not so favorite in her eyes, is when she broke her nose on the diving board. Erin said it took mental strength to get back on the board following the injury, but overcoming her fear and continuing the sport is a great feeling. One other favorite sports moment would be when the team became conference champions.

In the classroom, Erin has achieved honor roll all three years so far, and looking forward to a fourth. She has been a member of NHS her junior and senior year, and interact club her sophomore, junior, and senior year. Through athletics, Erin has been named captain of the swim & dive team for this season, and set the school diving score record last year. 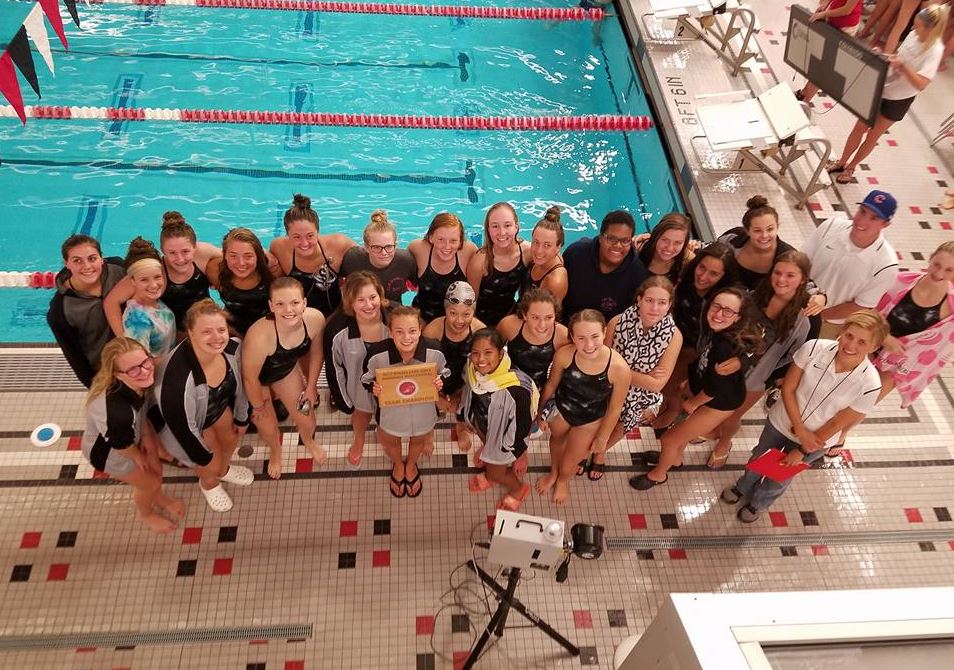 After high school, Erin has some thoughts, but is officially undecided about her future. Some career interests to her would be in education or nursing. College is part of her plan, and for now, her top options are Indiana Wesleyan University, and University of Kentucky.

Finally, Erin brought up some advice to share. She said, “I want to encourage everyone to keep going and not be afraid to do the sport they love even if they injure themselves in the sport. Don’t give up!”

Thank you Erin, and thank you Andrew, for your commitment the sports you play! We will miss the two of you as students at Lowell High School, but you’ll always be Red Arrows for life.